An orthopedic hospital that has been under construction for years has officially begun construction on the Sanford USD Medical Center campus.

Sanford today opened the new 205,000 square foot Sanford Orthopedic Hospital. At nine stories, it will be the tallest building on the main Sioux Falls campus and will be built west of the Surgical Tower and south of Sanford Children’s Hospital.

“We’ve had a lot of internal discussions about this over the years, and this one is special because it’s an issue where not only are we looking at orthopedics, which is a big part of the investment, but we’re looking at the rest of the general surgery departments, and we are combining a few projects to improve it for the doctors, for the staff and above all for the patients.

The design reflects the shift in healthcare toward day surgeries, Hanson said. Think of a medical suite much like a hotel room, he said.

“If people want to come the day before or stay after the procedure, we can make accommodations for that to happen.”

The hospital was one of several projects announced by Sanford in March 2020, just before the COVID-19 pandemic began in Sioux Falls.

Another project, a two-story addition, resulted in a 33,000 square foot extension to the Van Demark building on the north side of the main Sanford campus. He is completing construction and adding 23 exam rooms with room for eight additional surgeons and 12 advanced practice providers.

Originally, the orthopedic hospital was to be adjacent to it.

The adjusted design puts it across the street and backs up to the Surgical Tower and southeast of Sanford Children’s Hospital. 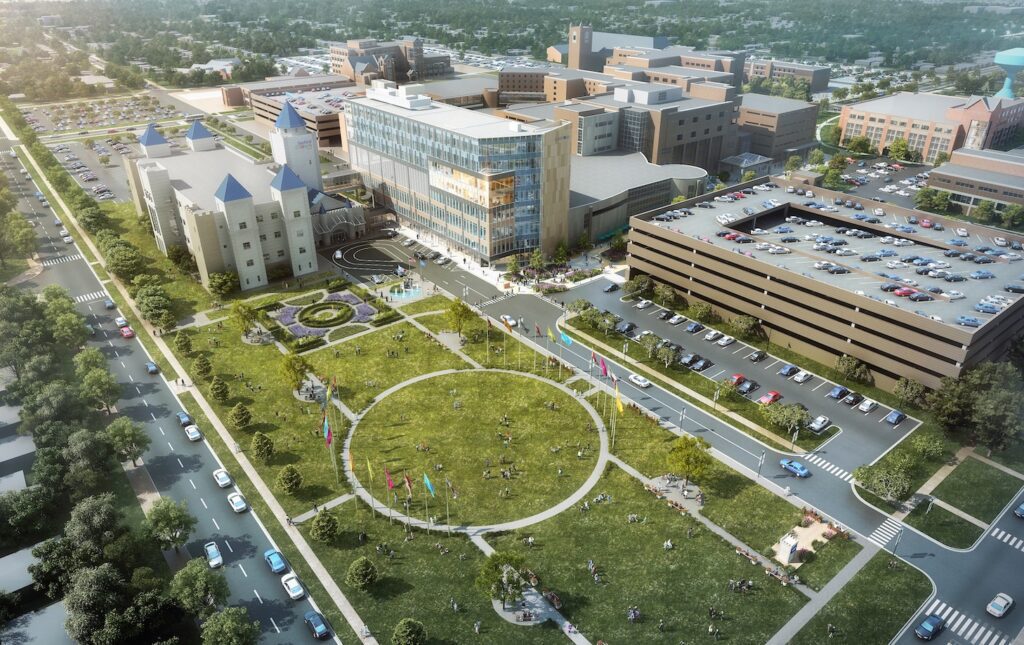 “In case of an emergency or need a specialist, we have it here on the main campus,” Hanson said. “It was a very important element and element for us as we looked at the development of our campus.”

The new hospital will feature in Sanford’s recruitment efforts. Several orthopedic surgeons have left in recent months, and the system is trying to recruit 10 to 15 more over the next two to four years.

“This kind of investment is going to help us with our recruitment efforts going forward – there’s no question in our minds about that,” Hanson said, adding that doctors have been actively helping to develop the new space.

“I think there’s a lot of optimism for us going forward. We see this type of investment… being executed, and it gives you a lot of confidence going forward. To say we are thrilled is an understatement. 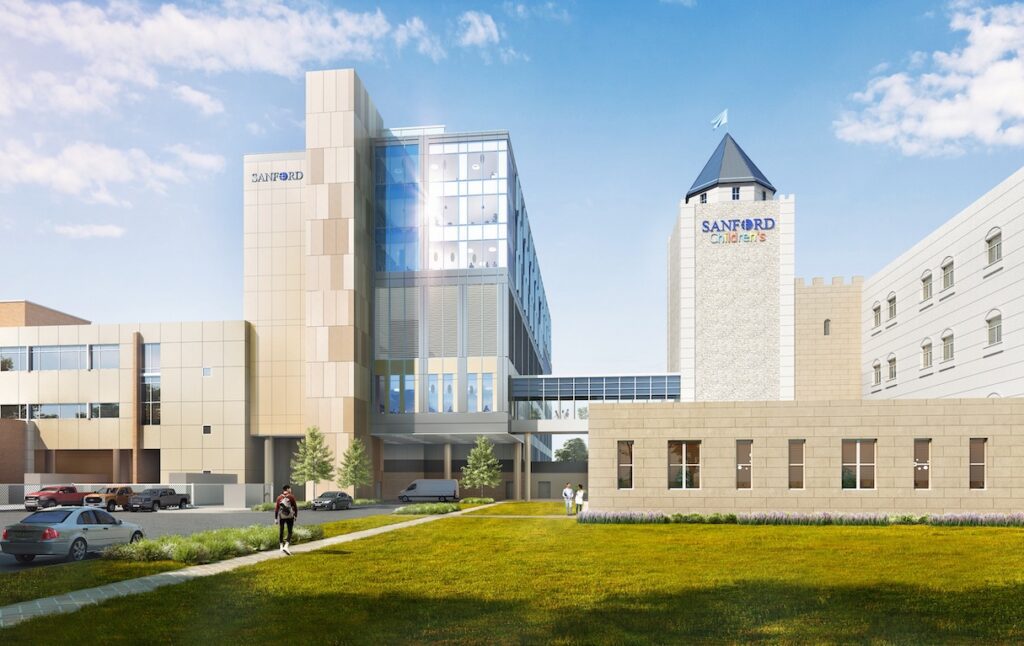 Here’s how important Hanson sees the project’s importance to Sanford’s future in Sioux Falls: On Monday, he called former CEO Lyle Schroeder, who spent more than 35 years at Sioux Valley Hospital, for him. say that the project was progressing.

“I said… ‘We’re building a 100-year-old building here,'” Hanson said, adding that the two men recalled that in its early days the hospital had an annual budget of $3.5 million. dollars. It’s now $2 billion.

“It’s crazy how the community has grown and our organization has grown,” he said. “This project has been in the works for many years and I can’t begin to tell you how happy I am. I have a permanent smile on my face.

The architects for the projects are Architecture Incorporated in Sioux Falls and HKS in Chicago. The general contractor is Henry Carlson Construction.

Sanford Orthopedic Hospital is scheduled to open in the fall of 2025. This is the second major project to begin construction on the main campus.

A five-story building focused on gastroenterology will be the new Medical Building I, or MB1, and will replace a building of the same name that was demolished a few years ago to create a 200-space parking lot. Its opening is scheduled for early 2024.

Sanford Orthopedic Hospital is estimated at $161 million; the new MB1 is $64 million.

“We expect a lot of activity in the next 30 to 45 days on these projects,” Hanson said.

Editor’s Note: This story has been updated to reflect the correct height of the building.